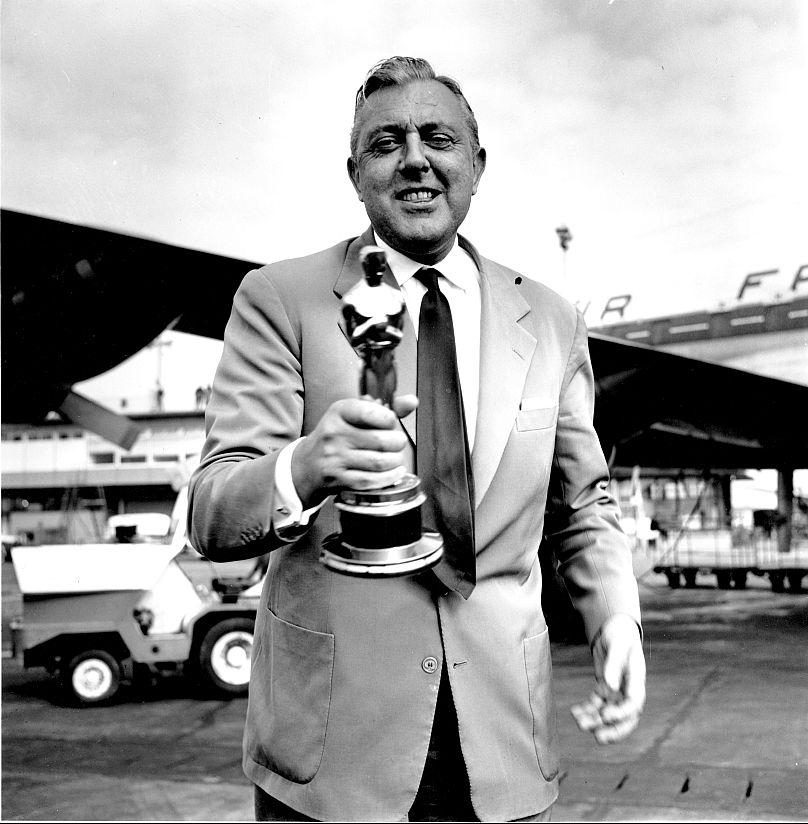 The 30th French Film Festival has kicked off across the UK. The festival began in Glasgow and Edinburgh in 1992 and now includes cinemas in every corner of the country.

With showings in cinemas from Portsmouth on the south coast to Shetland in the north of the continent, French cinema has never been more accessible to Britons.

There are plenty of great films coming to the festival, including the latest films from François Ozon and the Dardenne brothers. There are also talks and presentations by famous filmmakers like Patrice Leconte, Blandine Lenoir, and Charlotte Gainsbourg.

Euronews Culture caught up with the festival's director and co-founder, Richard Mowe, to find out what makes this special event so special.

How did you first fall in love with French cinema?

Richard Mowe: My love for French cinema began when I was a child. They took me to the films of Jacques Tati. His movies are actually almost silent, there's not a lot of dialogue at all. So they are the perfect introduction to French cinema for a child. They took me to see Monsieur Hulot's Holidays and I basically laughed so hard during the movie that I fell on the floor.

That was the beginning of my love affair with French cinema. I probably hit my head and brainstormed or whatever fell on the floor.

We were very happy that the French film festival was able to do a full retrospective of Tati some 10 years ago. That almost came full circle.

French film director, comedian and actor Jacques Tati poses with his Oscar statuette at Orly Airport in France after arriving from New York on April 20, 1959AP/AP1959 When it came time to open the festival 30 years ago, what was the landscape of French cinema like in the UK?

Thirty years ago, the landscape of foreign language cinema in the UK was very, very different. We really didn't see much, or we certainly didn't see enough. French cinema has always been one of the countries that people have reacted to. There was a presence, but it tended to be established names like Chabrol and Truffaut. Very few French films were distributed in the UK each year, maybe 10 or 12. There are now many more, there could be as many as 30 or 40 French films being sold in the UK.

How did the festival come about?

The festival started between two cities, Edinburgh and Glasgow, simply because myself and a fellow journalist, Allan Hunter, live in Scotland and took advantage of the fact that Edinburgh was hosting a European summit that year. There was an arts program focused on the European summit and they gave us seed money to invest in the festival. That gave us enough budget for our first edition.

Marc Zinga and Claire Bodson in Tori and Lokita Picturehouse Since then the festival has grown and covers most of the UK. What were some highlights?

So many wonderful moments really. I could talk to you about this all day.

That wonderful people like [director] Agnès Varda come to the festival and spend time with us to do a complete retrospective of all her films right now.

Has it always been easy to find sponsors?

From the beginning of the festival we had Jeanne Moreau as our sponsor. I courted her in Paris with a bouquet of red roses sent to her office. And she replied very happy that she would see me the next day. I introduced myself and asked if she would be willing to sponsor the second year of the festival. And she gladly agreed.

French actress Jeanne Moreau is seen, October 1969.AP/AP What is special about the French film industry?

There are many different factors.

One is that French cinema is so well supported by the government. There are so many grant programs. A third of the French films made each year come from first or second directors. So you can shoot your short film and then move on to your first feature film. There is a natural progression there.

Controversially, France has a box office tax on major American blockbusters, which is reinvested in French film production. Of course, corporate America doesn't like that. but it helps

Denis Menochet Isabelle Adjani in Peter von Kant Curzon Does the UK have an appetite for French cinema?

Of course, we don't see all the French movies that are made. France makes more than 200 productions a year. In a good year we might see 30 to 40 of these movies here.

In a way, that's why the festival exists. Its aim is to put in the spotlight all those films that are not purchased through a UK distributor. We are very happy to see that more and more UK companies and distributors are adopting French films and not necessarily the most obvious ones.

What films are you hoping to see at the festival this year?

Well, I think one of the things that has been there for a long time in France is the emphasis on female directors. France has always accepted filmmakers and helps in the promotion of female directors, but also in the technical aspects, photography and everything else behind the scenes.

There's Rodeo by Lola Quivoron, a thrilling debut feature. We've got Blandine Lenoir's Angry Annie and Charlotte Gainsbourg with a movie about her mother, Charlotte's Jane .

There is a movie called Forever Young in which actress Valeria Bruni Tedeschi reminisces about her acting school days with the amazing French stage and screen actor Patrice Chéreau. She attended her drama school and reflects on this special time in her life.

The UK French Film Festival runs through November 15 in select cinemas in London, Edinburgh, Glasgow and several other UK cities.